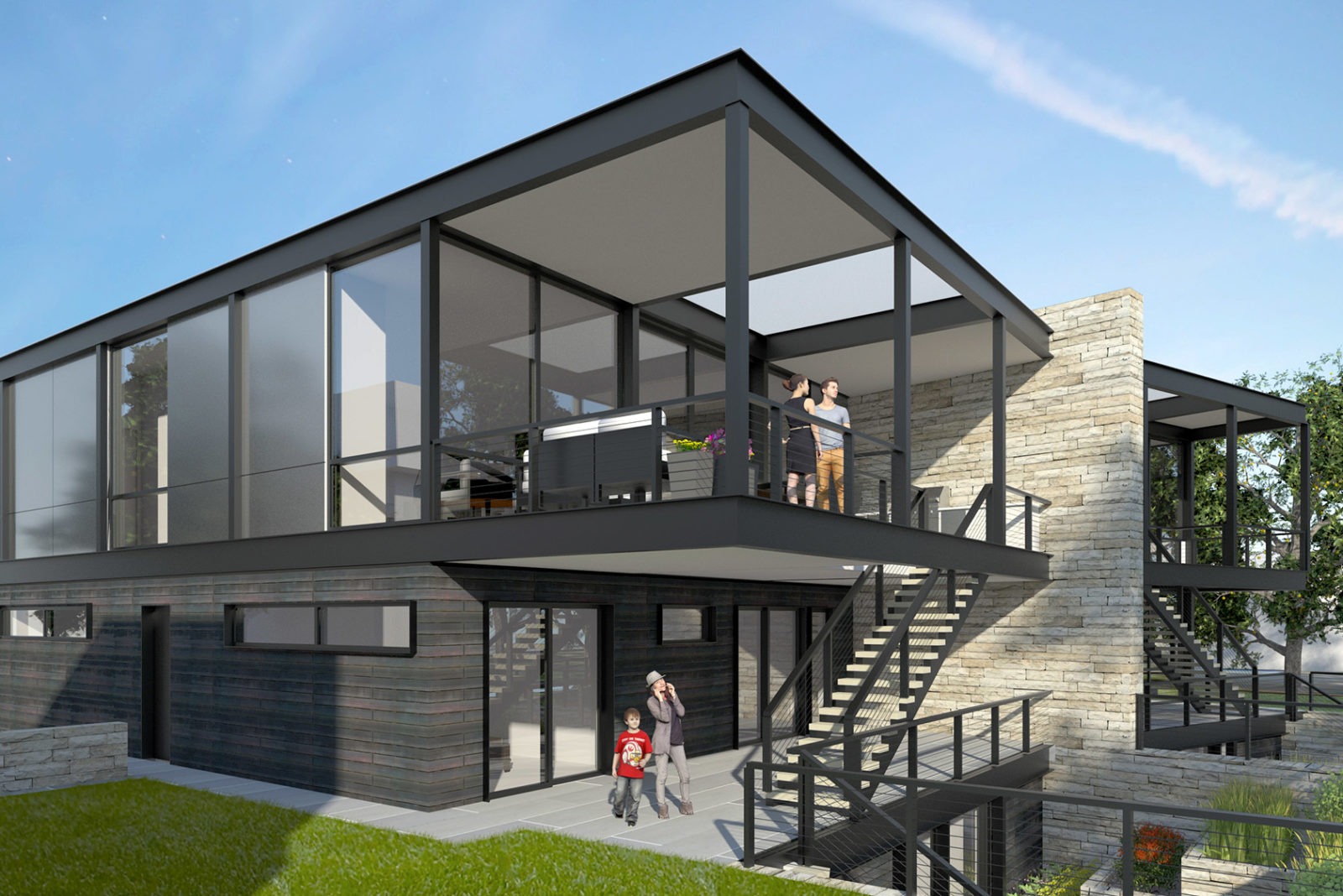 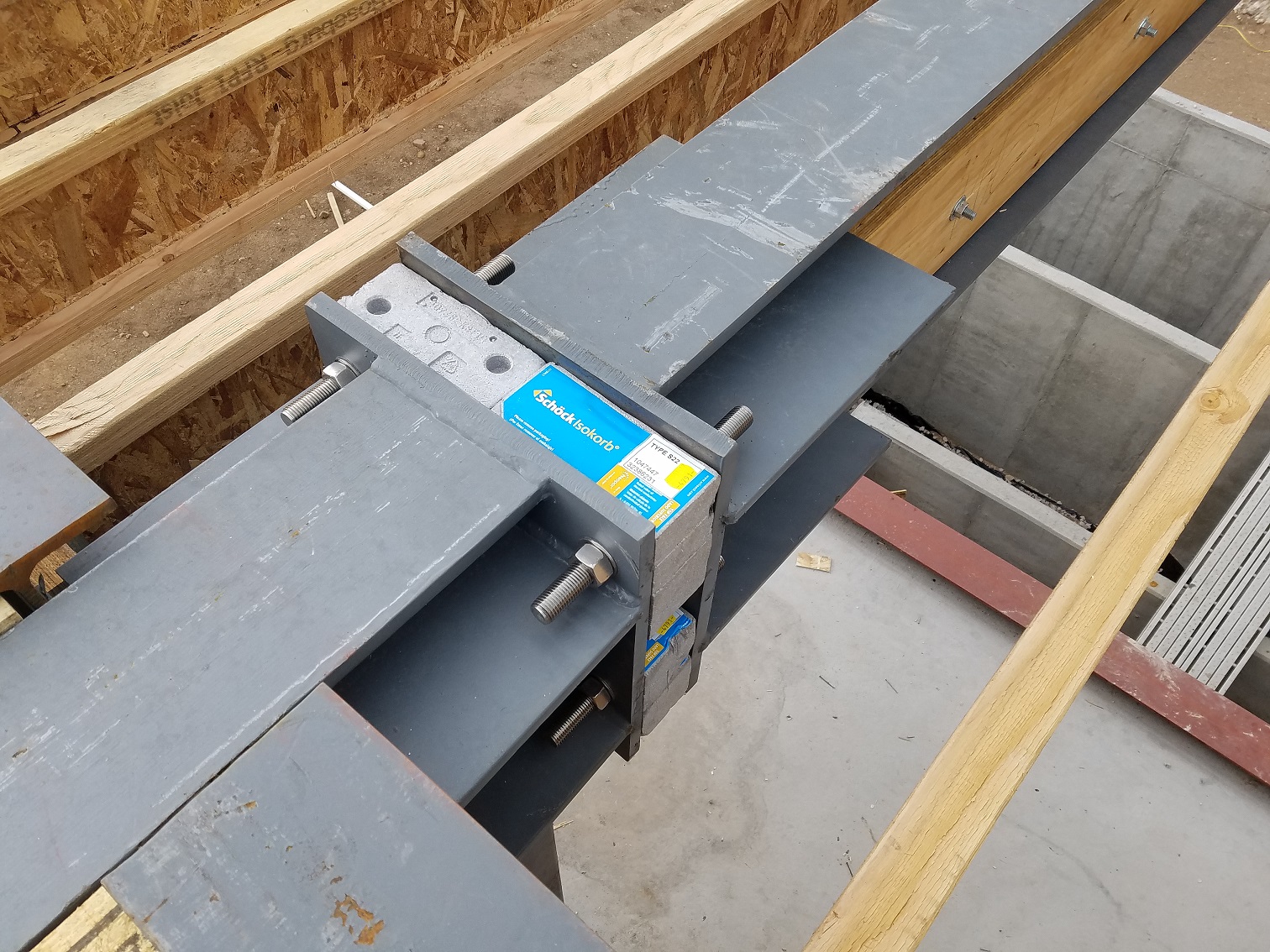 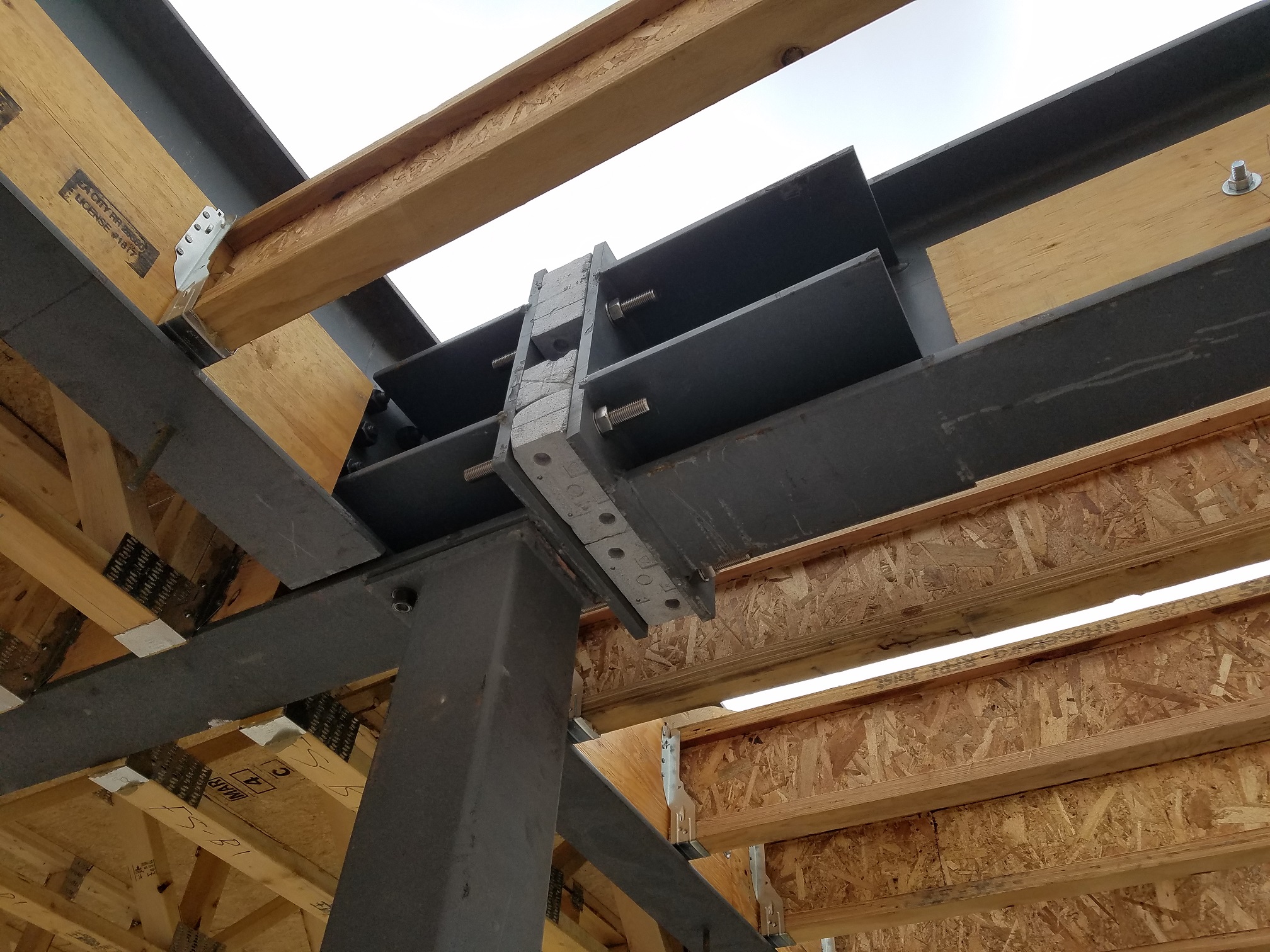 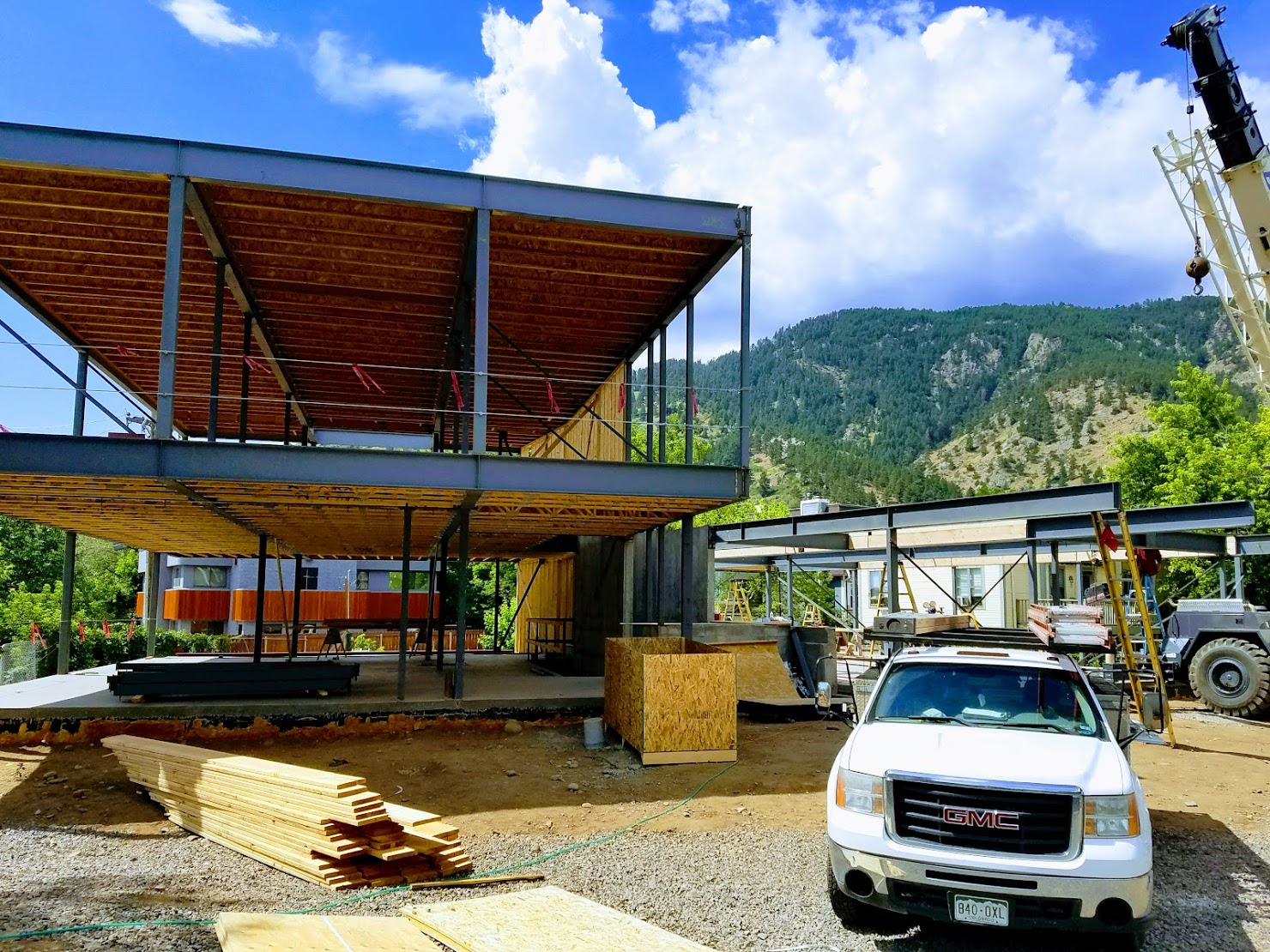 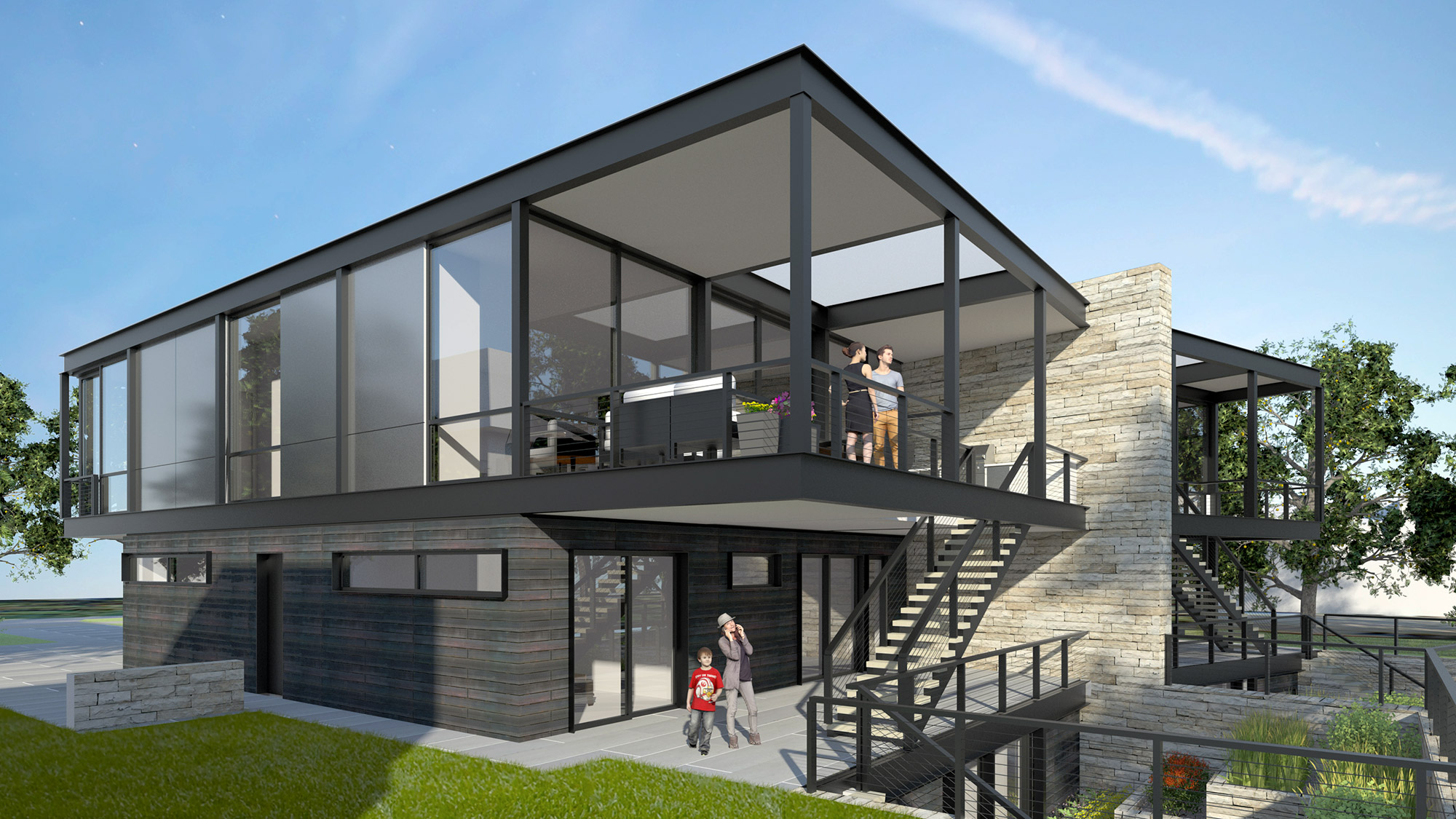 Anthem teamed up with Sopher Sparn Architects to design a new duplex in Boulder.  Key to the design were large cantilevers on the front and back sides of the structure and the expression of exposed structural steel elements.  Several steel beams were required to be continuous between the exterior and interior spaces resulting in potential thermal continuity problems.  Anthem partnered with German manufacturer Schöck in the design of their Isokorb S22 thermal isolators.

Originally developed for cantilevered concrete slabs, Schöck’s Isokorb line of thermal isolation products has been continuously expanded over the years.  In 2003 they introduced a bolted splice for steel framing.  On this project, Anthem's own Chris Shult designed the steel framing and connector plates, while the engineering team at  Schöck aided in the specific layout of the Isokorb S22 bolted splice modules.  Currently the project is nearing completion of framing, and we are excited to say that construction of this assembly was seamless!