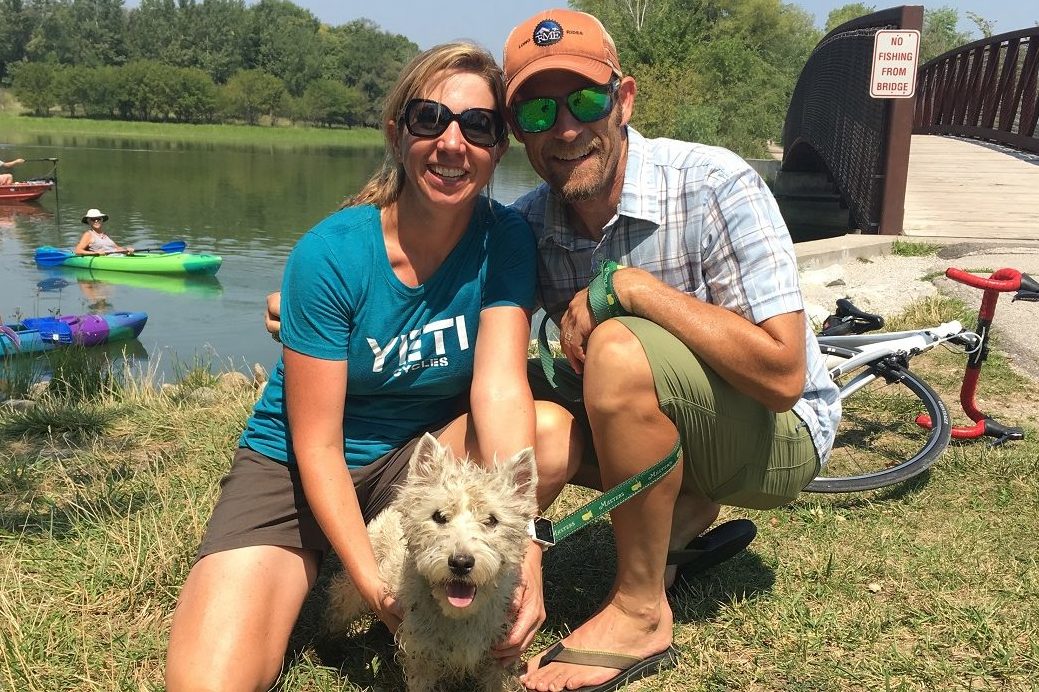 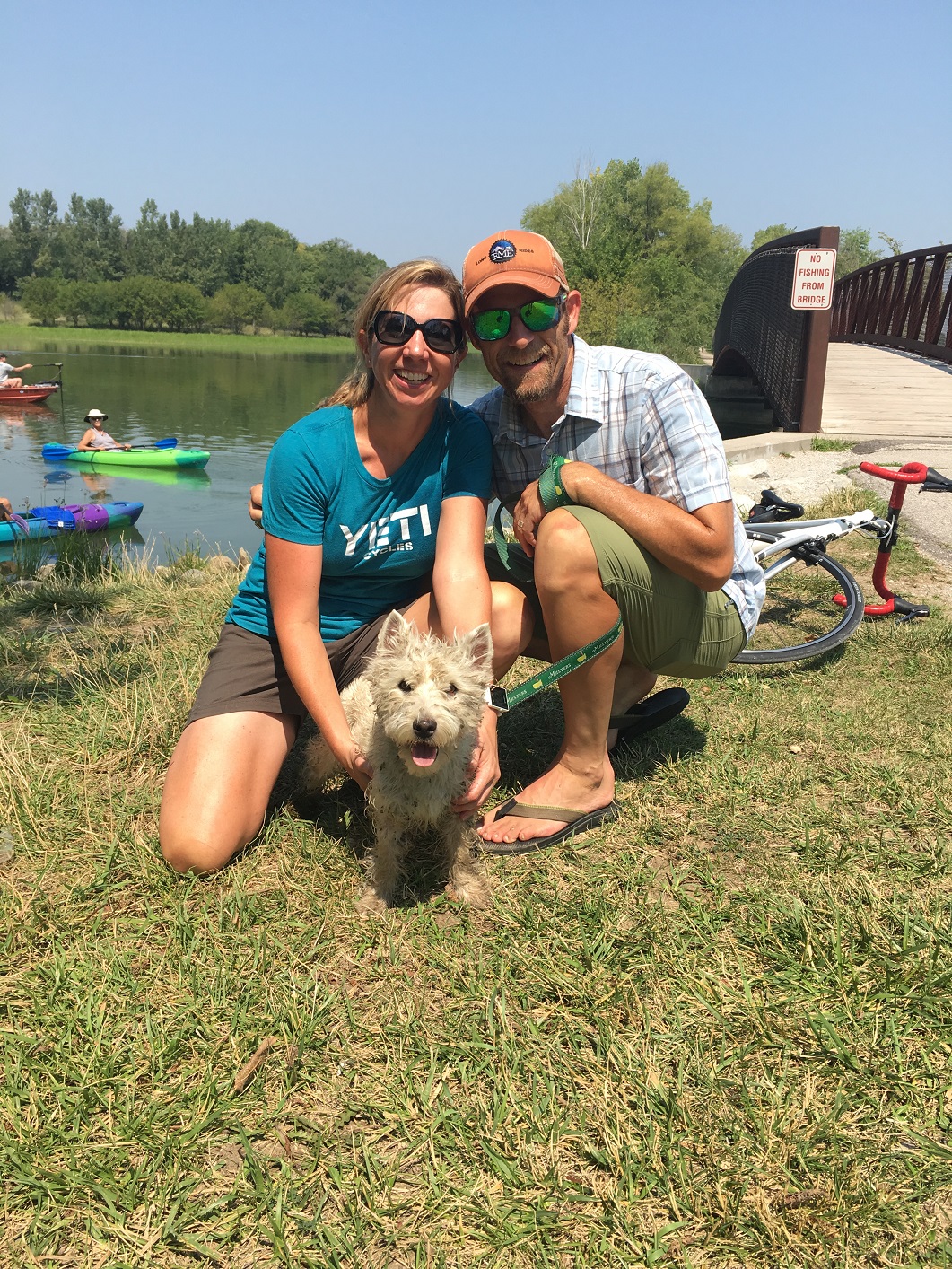 Recently, one of our principal engineers, Derek Henderson, and his wife Heather had an experience with their Westie Terrier, Miles that has reminded us of some important life facts.  Their dog, who is their “only child” escaped from Heather’s parents’ home in Gretna NE on August 10th of this year.  Presumably the dog was looking for Heather and Derek as he ran away from the house.  A search for Miles immediately ensued.  Derek and Heather decided not to join the search at first, but sent unwashed t-shirts to Gretna to hopefully draw Miles back with their scent.  A Facebook page was created.  Posters were hung around the small town.  Several sightings of Miles were reported, but the dog, afraid, was in fight or flight mode, and was making every effort to not be captured.  After 4 days of Heather’s parents and many townspeople searching for the dog, Heather and Derek canceled their vacation to Crested Butte and started for Nebraska to find their fur baby.  They hired a pet detective to help them track Miles.  For FIVE days Derek, Heather, the pet tracker, and many goodhearted townspeople who were spending their time helping to look for Miles followed scents and sightings through cornfields, along the river, through chest high weeds in the deep woods.  They spent 10 – 12 hours each day on the hunt.  On the day that they absolutely had to return to Colorado they were tired, dejected and completely worn out. After packing the car, they decided to give it a final try with just a few hours before having to leave.  They checked the food traps that had been set for Miles, and then received a call that someone had spotted Miles near a lake.  They raced to the lake, and hopped on their bikes to more quickly travel the paths around the lake.  Several people reported that they had seen a little westie terrier, but Heather and Derek could not find Miles.

As they returned to the truck to distribute more flyers around the lake, they received another sighting call.  Miles was spotted where Heather had just been.  Heather quickly rode back to that area, and was told that someone chased Miles down to the water trying to catch him.  Heather walked into the weeds towards the water, and sank down into a muddy marsh, and lost her flip flops.  She looked out across the lake, and saw a little white head far out in the water.  She had her baby in sight.  She called to him, but often dogs in fight or flight mode will not even respond to their owner’s voices.  Heather, now barefoot, ran back to the path to tell Derek to ride to the other side of the lake to intercept Miles.  They were fearful that, tired and hungry, Miles could not swim the 150 yards across the lake to the other side.  While Derek started around the lake, Heather went back to water’s edge and saw a kayak near Miles.  She yelled as loudly as possible to the kayakers to grab Miles, but they were at a far distance and she wasn’t sure if they could hear her.  Thankfully, they did hear her, and jumped out of their kayak into the water to rescue Miles.  Heather ran back to her bike to ride to the closest intercept point with the kayakers, a bridge where Heather could reach down and finally have Miles in her arms.  Miles jumped all over Heather and Derek and rolled in the grass, and it appeared as though he had not just been through a nine-day ordeal.

Throughout this search, Heather and Derek were helped by many people, who undoubtedly have busy lives, but they stopped what they were doing to help these strangers who were desperately searching for their dog.  Many people offered to spearhead the search if Derek and Heather had to leave before they located Miles.  The selfless and generous contributions of those around them, touched Derek and Heather’s hearts a great deal.

We are reminded that while we love our jobs, some times a friend in dire need or even a stranger who needs help is a good reason to pause the work.  Stopping to help a fellow human with a need is a well spent stop along the way.  We are also reminded that in the day to day, doing our jobs well is very important, but the greater directive is building relationships and helping people.  We love that we can use our skills to help make visions come to life, and while that is not equivalent to saving the life of a dog or another human (which might only come up every once in a while, for most), for the everyday, we consider that time well spent. 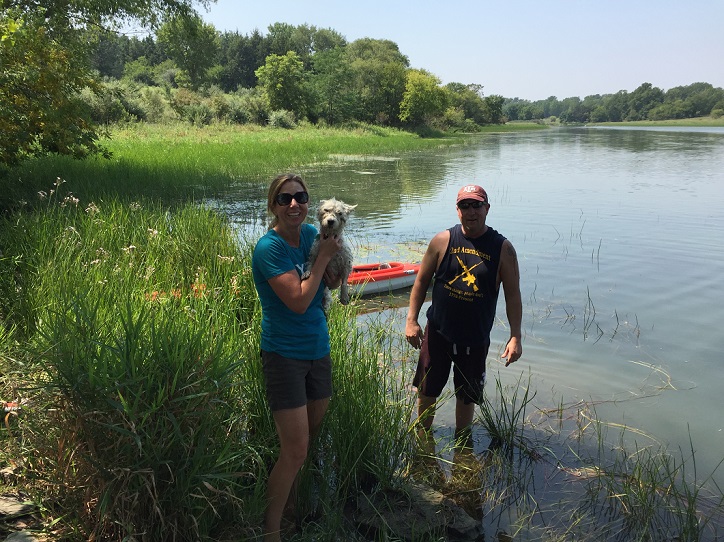